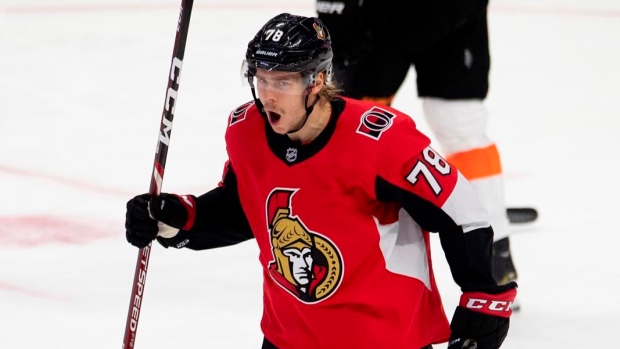 Bruce Garrioch of Postmedia reports the decision to terminate Chlapik's deal was mutually agreed upon.

Signed at a cap hit of $735,000 for this season, Chlapik was scheduled to be a restricted free agent this summer.

The decision to terminate the contract was mutually agreed upon. #Sens https://t.co/1XPYxFcBaZ

Chlapik had three goals and six points in 31 games with the NHL Senators last season. He was selected by the team in the second round of the 2015 NHL Draft.