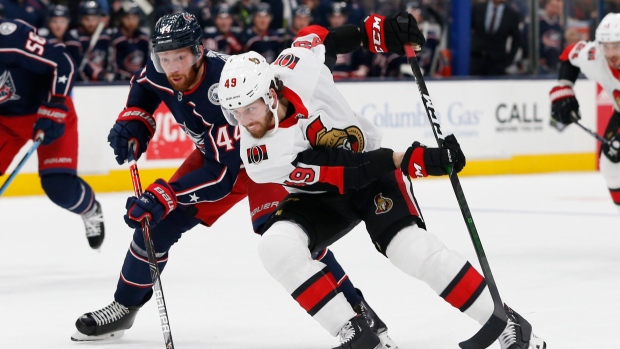 The Ottawa Senators waived forward Scott Sabourin on Monday to make room on the roster for forward Austin Watson.

The Ottawa Sun's Bruce Garrioch reports Watson is expected to make his season debut on Tuesday night against the Minnesota Wild.

Sabourin, 29, appeared in one game with the Sens this season.

He appeared in 35 games for the team during 2019-2020 before splitting last season between the Toronto Maple Leafs and Toronto Marlies. He has two goals and four assists in 37 career games over three seasons.

Watson, 29, picked up an ankle injury during a 5-4 preseason victory over the Montreal Canadiens in early October and has been out of action since.

He appeared in 34 games last season for the Sens, scoring three goals and adding seven assists.

The native of Ann Arbor, MI heads into his eighth NHL season and second with Ottawa after spending the first six seasons with the Nashville Predators.

The Sens are next in action on Monday night when they visit the Chicago Blackhawks.