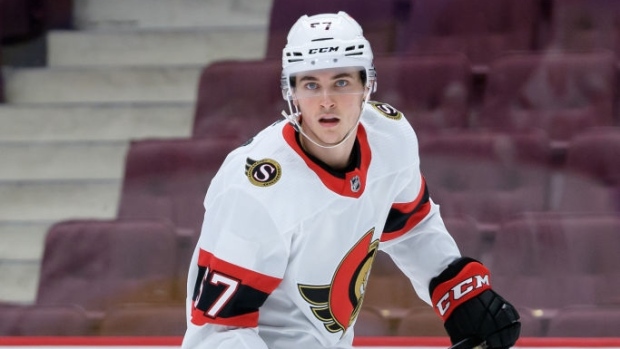 Smith said the 21-year-old could return to play in a few games at the end of the season.

Smith - Pinto had shoulder surgery. He is rehabbing. He may be done for the season, or he may be able to get back and play a few games late in the season.

Pinto has appeared in just five games this season, sustaining a shoulder injury against the Pittsburgh Penguins on Nov. 13, the same day he was activated off injured reserve.

The No. 32 overall pick from the 2019 NHL Draft has one goal and eight points in 17 career games with the Senators.