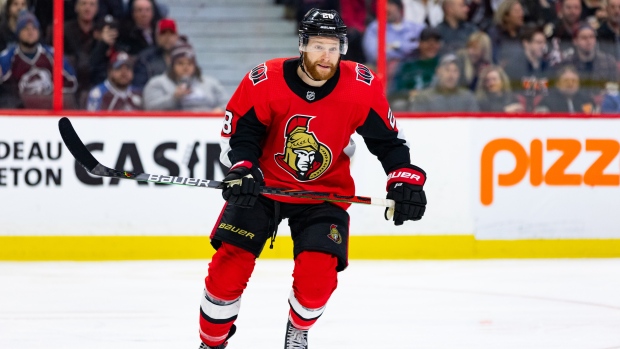 The Ottawa Senators are likely to be without forwards Shane Pinto, Connor Brown, and Colin White for the remainder of the season.

DJ Smith says it doesn't look like Pinto will play this season. Kastelic and Sabourin will both come back up. Connor Brown is done for the year. Colin White is also doubtful.

Pinto,  21, registered one assist in five NHL games this season. Pinto has not played since Nov. 13 due to a shoulder injury he initially sustained on Oct. 21.

Brown, 28, has played 64 games this season, scoring 10 goals and adding 29 assists. He has been sidelined since April 22 with an undisclosed injury.

The Senators have three games remaining in their 2021-22 schedule against the New Jersey Devils, Florida Panthers, and Philadelphia Flyers.