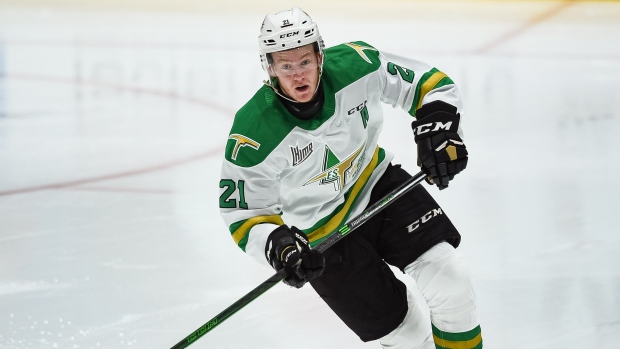 The Ottawa Senators have signed defenceman Maxence Guenette to a three-year, entry-level contract for the 2021-22 season, the team announced on Saturday.

Guenette has appeared in 36 games this season for the Val-d'Or Foreurs of the Quebec Major Junior Hockey League and posted five goals with 17 assists.

"Maxence is a strong puck moving defenceman who absorbs a lot of ice-time for his team in Val-d'Or, the QMJHL's top ranked team this season," Ottawa Senators general manager Pierre Dorion said in a release. "He maintains good vision, hockey sense and puck skills. We're especially pleased to already see some significant strides he's made since being drafted."

He was selected in seventh-round pick, 187th overall at the 2019 NHL Draft.