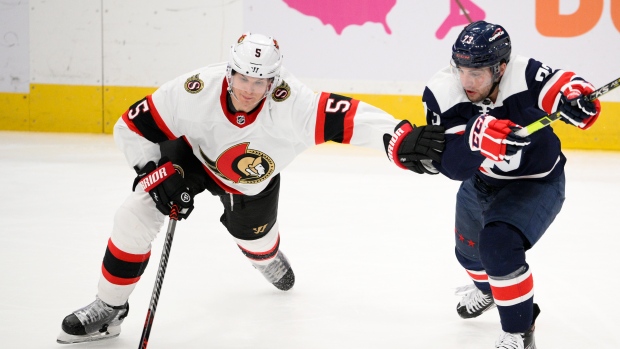 The Ottawa Senators have re-signed defenceman Nick Holden to a one-year, $1.3 million contract extension for the 2022-23 season, the team announced on Thursday.

Holden 34, has recorded one goal and three assists in 30 games with the Senators this season, his first with the club.

"Nick has seamlessly integrated himself into our lineup and into our dressing room," said Senators general manager Pierre Dorion. "His veteran presence and leadership qualities have been instrumental in helping our young group this season, while his strong defensive play and accountability on the ice has really helped with the maturity of our young defensive core."

Holden was originally acquired by the Sens via trade from the Vegas Golden Knights in July 2021. He was signed by the Columbus Blue Jackets as an undrafted free agent in 2008. His 543 career games are 35th all time among undrafted defencemen.

Over his 12-year NHL career, Holden has recorded 46 goals and 101 assists.