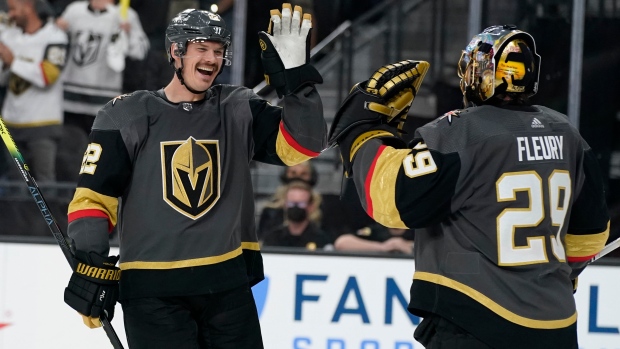 The Ottawa Senators have acquired defenceman Nick Holden and a 2022 third-round draft pick from the Vegas Golden Knights in exchange for forward Evgenii Dadonov, the teams announced on Wednesday.

TRADE ALERT: The #Sens have acquired defenceman Nick Holden and a third-round draft pick in 2022 (which originated with the @Canucks) from the @GoldenKnights in exchange for forward Evgenii Dadonov. pic.twitter.com/8ZdIv0OBjN

Dadonov appeared in 55 games last season for the Senators and posted 13 goals with 7 assists.

Holden played in 17 games for the Golden Knights in 2020-21 and contributed two assists.