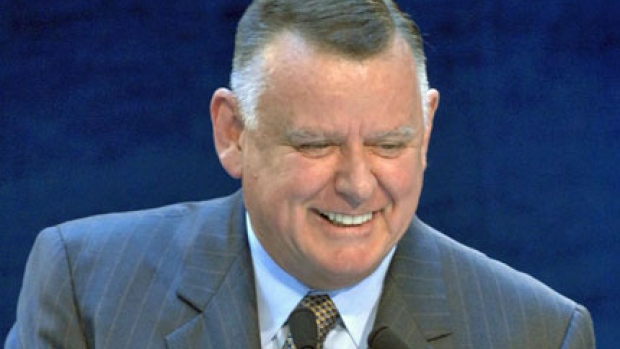 Speaking to TSN Radio 1040 in Vancouver on Friday, BC Lions owner David Braley said he isn't happy with the BC Lions season and will use the off-season to evaluate the team and make any necessary changes.

"More than tough, the word disappointed would be more appropriate," Braley said when asked about the Lions. "I'm doing a complete evaluation of all facets of our game and business right now, and, in due course, I will make the necessary changes or adjustments if required."

The Lions are currently 5-11 with two games left in the regular season. The team was eliminated from playoff contention after losing to the Edmonton Eskimos in Week 17. Braley added that he expected the Lions to go around 10-8 after signing quarterback Mike Reilly in the off-season, per TSN's Farhan Lalji.

David Braley now on @TSN1040 says he is “doing a complete evaluation” of all aspects of the teams and “will make the necessary changes” at the end of the season. Expected #BCLions to go around 10-8 after signing @Rikester13. @CFLonTSN

Reilly was the most prized free agent on the market after six successful seasons in Edmonton. The 34-year-old led the Eskimos to a Grey Cup win in 2015 and was named the league's Most Outstanding Player in 2017. In his first season back in BC after starting his CFL career with the Lions, Reilly completed 322 of 463 passes for 3,897 yards, 20 touchdowns, and 15 interceptions, while adding 204 yards and five touchdowns on the ground. Reilly broke his wrist in last week's lost to the Eskimos and will miss the remaining two games of the season.

Braley also discussed his potential sale of the Lions, saying that he is ready to sell the team but is searching for someone committed to the team.

"I want a buyer that will work at it 100 per cent of the time and try and draw as many fans as they can."

Braley said that local ownership has not put up an offer that is acceptable so he's opened it up to other groups. According to Braley, there are four or five potential owners in Vancouver, with others interested in different parts of Canada and two or three interested groups in the U.S.