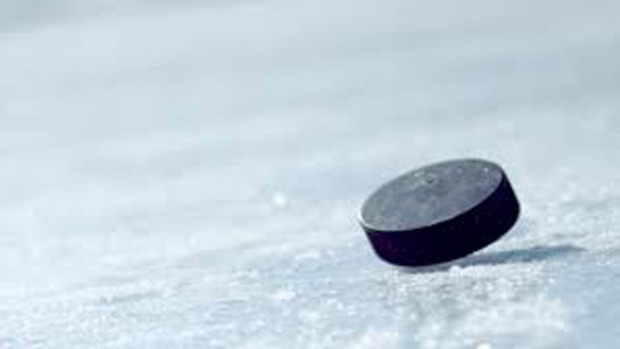 CHARLOTTETOWN — A junior hockey player in Prince Edward Island who criticized officials on social media for their response to a racial slur aimed at his teammate has now been indefinitely suspended by the league.

Keegan Mitchell shared a letter he received Thursday from Hockey P.E.I. notifying him of the suspension for violating the league’s social media policy by publicly criticizing officials and Hockey P.E.I. and making reference to a player on the rival Kensington Vipers.

The letter sent by Mike Hammill, the chair of Hockey P.E.I.'s discipline and ethics committee, reads in part that the committee found Mitchell "a member not in good standing," which means he is suspended from all activities sanctioned by the governing body for hockey in the province.

Mitchell, 20, said that during a Dec. 17 Junior B league game, a player on the Vipers made an anti-Asian comment toward one of Mitchell's Sherwood Metros teammates. Mitchell said he was not comfortable revealing what was said by the other player.

Later in the game, Mitchell confronted the offending player, slashing him in the legs and earning a two-game suspension.

"I went out there, and I told the guy what he said was very racist and had no place in the game," Mitchell said in an interview Friday.

Hockey P.E.I. did not respond to a request for comment Friday, but its executive director told CBC News the Vipers player received a two-game suspension for the offensive comment.

In a Jan. 5 Facebook post, Mitchell criticized Hockey P.E.I.'s response to the incident and said the Vipers player's actions deserved a stiffer penalty.

“For those of you who know me personally or through hockey, I am almost absolutely certain you recognize me as someone who always stands up for themselves, but more importantly for my friends and teammates,” Mitchell wrote.

“If Hockey P.E.I. took these scenarios as seriously as they say they do, this player would have been suspended appropriately .... A two-game suspension for a racist slur is absolutely disgraceful.” The "pitiful suspension," he concluded, "is making our whole community look racist."

Mitchell said he now has the opportunity to appeal his suspension, adding that he also plans on remaining vocal about the incident.

"I'm not just going to let this go," he said. "If I don't ever play hockey again, that's fine by me, because I'm going to fight this until it's right."

— By Danielle Edwards in Halifax