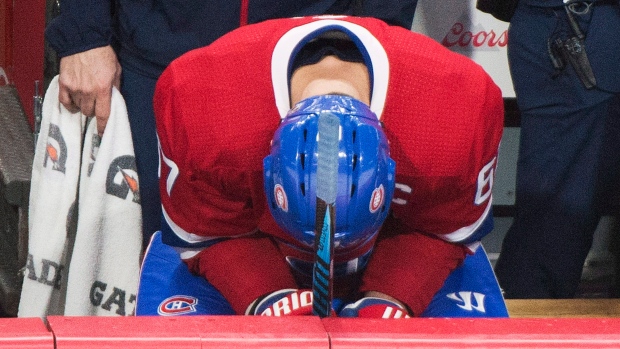 The Montreal Canadiens lost 4-1 to the Boston Bruins on Wednesday night, dropping their record to 18-21-6 on the season.

The team was outshot 32-22 in the loss and captain Max Pacioretty called out the play of his teammates afterwards.

"It was a bad game,” Pacioretty told NESN. “We’re not happy about it. It seemed like nobody really wanted the puck, and obviously, you know, (when you) play against a team like that offensive line, probably one of the best in the league, and (give) them opportunities to feel good about their game - they made us pay.”

The Canadiens jumped out to a quick 1-0 lead as Jakub Jerabek scored just 31 seconds into the game. The Bruins would tie the game six minutes later and take the lead for good early in the second period.

“We didn’t come out flat,” Pacioretty said. “We were up 1-0 and had a good first couple shifts, and then like I said, it just seemed like people were panicking with the puck and didn’t seem to want it.

The Canadiens entered the game with a 2-0-2 record in their past four games after a five-game skid. Head coach Claude Julien, who returned to Boston for the first time since being fired last season, was also not happy with the team's effort.

"We laid an egg - not good enough," he said. "Obviously, it's a disappointing loss, especially with the situation we're in."

The Canadiens visit the Washington Capitals on Friday before returning home to host the Bruins on Saturday night.