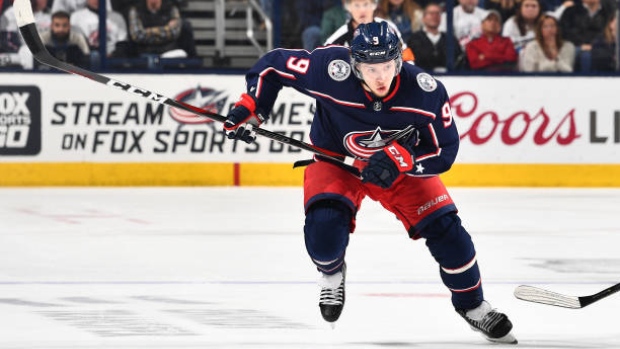 Artemi Panarin’s agent, Dan Milstein, said Friday the two will discuss the future of the Columbus Blue Jackets winger over the All-Star break.

“As far as the contract, he’s genuinely happy right now in Columbus, things are going well for the team and for him,” Milstein told Leafs Lunch on TSN Radio 1050 Toronto. “He’s having a good time, he obviously likes the organization, great coaching. We have decided to meet up during the All-Star break to sit down and talk about different possibilities and what the future may hold.

“Everybody will have to wait just a little bit longer, but we’ll get together at the end of January and we’ll have a serious conversation.”

Panarin is one of two pending unrestricted free agents on the Blue Jackets, along with starting goaltender Sergei Bobrovsky. During the off-season, both Russian stars expressed interest in playing out their current contracts this season. Milstein made it clear Friday that the two will not sign as a package in Columbus or elsewhere.

Milstein said he and Panarin will take a big-picture approach when they look at options next month.

“I just want to be up front that he likes it in Columbus. As far as the team, they have a good young team, he’s got a very good centre (Pierre-Luc Dubois), and management has been nothing but great to him.”

Milstein added that Panarin’s immediate goal to achieve playoff success with the Blue Jackets. Panarin has been eliminated in the first round of the playoffs in each of his first three seasons in the league.

The 27-year-old leads the Blue Jackets with 40 points this season in 35 games while averaging 19:53 of ice time per game.

Blue Jackets general manager Jarmo Kekalainen said last month that the team has not looked into trading Panarin, adding their goal is to re-sign the winger.

“The one thing that we’ve said all along is that Artemi Panarin is a great teammate, he’s a very good professional. Guys love him,” Kekalainen told TSN Hockey Insider Pierre LeBrun in an article published on The Athletic. “We love him. He’s a great guy. So this is not always just about points and skills and talent, it’s about being a good teammate and a good pro. He’s all those things.

A two-time 30-goal scorer with the Chicago Blackhawks prior to being traded to Columbus in 2017, Panarin has 11 goals this season. He scored 27 goals last season.

Panarin dropped to No. 25 on TSN Hockey's Trade Bait list ahead of the roster freeze, while TSN Hockey Insider Bob McKenzie said in November he could draw a salary above $10 million on his next contract.