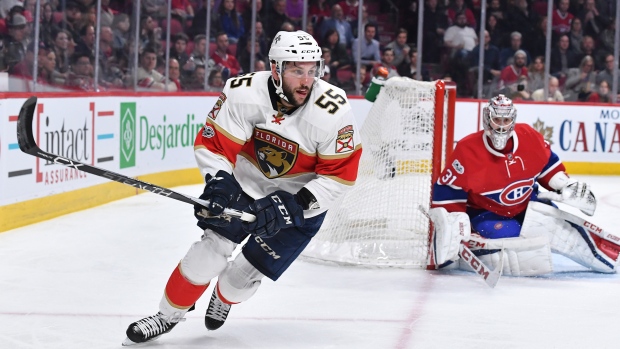 The Florida Panthers and Arizona Coyotes have completed a trade just as training camps are getting in full swing.

The Panthers have sent defenceman Jason Demers to the desert in exchange for left winger Jamie McGinn.

A native of Dorval, Que., the 29-year-old Demers appeared in 81 games for the Panthers a season ago, scoring nine times and adding 19 assists. Demers was heading into the second year of a five-year, $22.5 million deal signed with the Panthers in the summer of 2016. TSN Hockey Insider Pierre LeBrun reports the Panthers will retain 12.5 per cent of Demers' salary.

The Panthers retained 12.5 percent of Jason Demers' remaining salary in the trade with Arizona

Demers has played in 504 career NHL games over eight seasons with the San Jose Sharks, Dallas Stars and Panthers.

A native of Fergus, Ont., McGinn has appeared in 522 NHL contests for the Sharks, Colorado Avalanche, Buffalo Sabres, Anaheim Ducks and Coyotes.

He has two years remaining on his current deal.