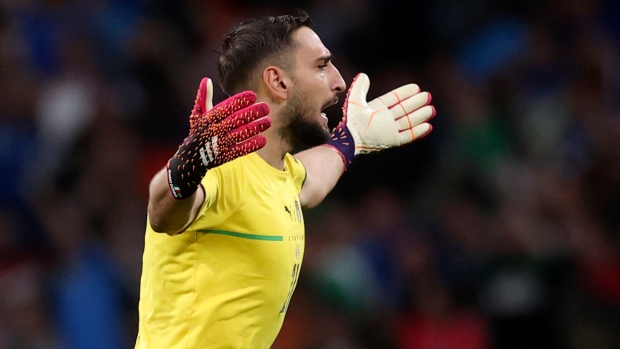 The Euro 2020 Player of the Tournament has joined the Ligue 1 runners-up on a free transfer from Milan and signed a five-year deal through 2026.

"I am delighted to be part of this huge club," Donnarumma said in a statement. "I feel ready to take on this new challenge and continue to grow here. With Paris, I want to win as much as possible and to bring joy to the supporters."

A native of Napoli, Donnarumma joined the Milan academy in 2013 and made his first team debut at the age of 16 in 2015. He made 251 appearances across all competitions for the Rossoneri over six seasons and was named Serie A's Best Goalkeeper for 2020-2021.

Internationally, Donnarumma has been capped 33 times by the Azzurri, making his senior debut in 2016.

With the club unable to reach a new deal with Donnarumma, Milan signed France international goalkeeper Mike Maignan from Lille as his replacement last month.