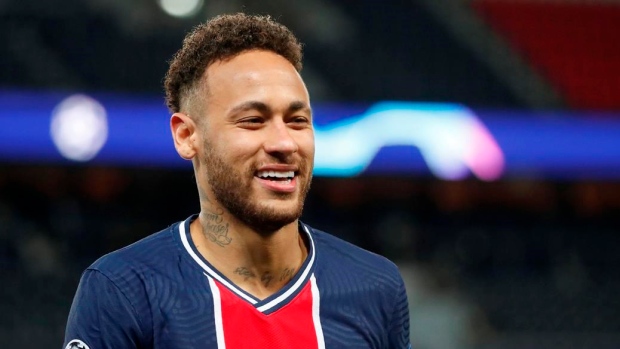 Paris Saint-Germain's victory over Saint-Etienne on Sunday came at a cost.

Brazil forward Neymar was stretchered off late in the 3-1 win and will now miss the next six to eight weeks with ligament damage in his ankle, the club announced on Monday.

A further update on the 29-year-old Neymar's status will be given when he's reevaluated after 72 hours.

A native of Sao Paulo, Neymar is in his fifth season at Parc des Princes. In 10 Ligue 1 matches this season, he has three goals.

The club also offered updates on a number of players dealing with injury.

Italy midfielder Marco Verratti resumed training on Monday. He is currently sidelined with a hip injury. Argentina international Mauro Icardi (shoulder) is set to resume training on Tuesday, while Netherlands midfielder Georginio Wijnaldum (knee) is expected to return to the pitch on Thursday. Midfielder Ander Herrera (calf) is also set to return towards the end of the week. Germany midfielder Julian Draxler (muscle) is expected to resume his training in two to three weeks.

PSG currently sits atop the Ligue 1 table on 40 points, 12 points clear of Rennes. The team is set to host third-place Nice on Wednesday.