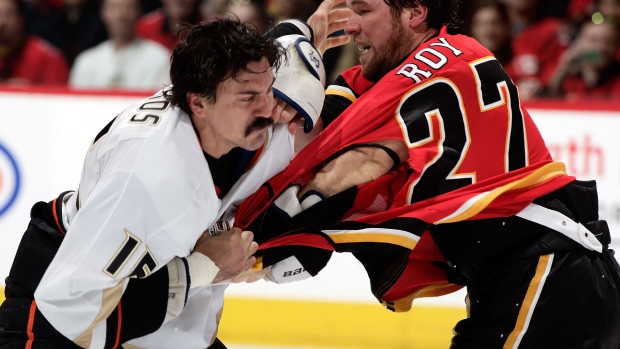 George Parros is the new head of the NHL's department of player safety.

Parros, who racked up 1,092 penalty minutes in his nine-year NHL career, was officially given the title of senior vice-president of player safety on Thursday.

Commissioner Gary Bettman said Parros, a Princeton University graduate, "possesses one of the brightest and most innovative young minds in our game."

The 37-year-old joined the league's department of player safety last September, serving as director of the group under Stephane Quintal.

Quintal will remain a part of the department but will also work in an expanded role within the league office. He held the role of senior vice-president of player safety for the past three years, taking over from Brendan Shanahan.

Parros played 474 games in the NHL, winning the Stanley Cup with the Anaheim Ducks in 2007. He also played for the Los Angeles Kings, Colorado Avalanche, Florida Panthers and Montreal Canadiens, finishing with 18 goals and 36 points. He retired from the NHL in 2014.