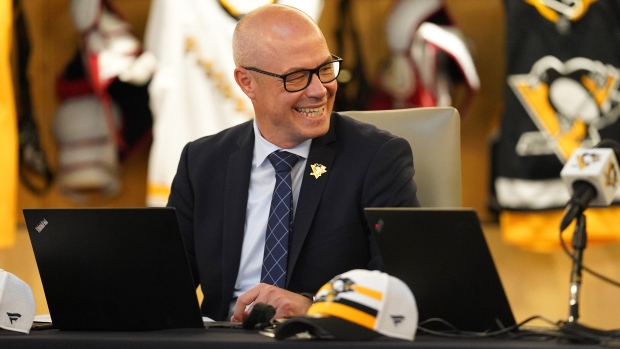 Pittsburgh Penguins assistant GM Patrik Allvin appears to be close to being named the next general manager of the Vancouver Canucks, according to TSN Hockey Insider Darren Dreger.

From all accounts it appears Patrik Allvin is about to become the next GM of the Vancouver Canucks. Not done yet, but getting closer.

Allvin, who has been with the Penguins organization for 16 seasons, worked as assistant GM under Canucks president Jim Rutherford during their stint together in Pittsburgh.

Darche, 45, was a finalist for the Canadiens' GM post that was filled by Kent Hughes last week. Darche has been director of hockey operations for the Tampa Bay Lightning for the last two and a half seasons, helping lead them to Stanley Cup championships in 2020 and 2021.

The St-Laurent, Que., native played 250 career games in the NHL with the Canadiens, Lightning, San Jose Sharks, Nashville Predators and Columbus Blue Jackets. He retired in 2012.

A McGill graduate with a commerce degree in marketing and international business, Darche was vice-president of sales and marketing in Canada for Delmar International before joining the Lightning front office.

Mellanby, who resigned from the Canadiens last November, was been with Montreal's front office since 2012, first working as the Director of Player Personnel before being named assistant GM in 2014.