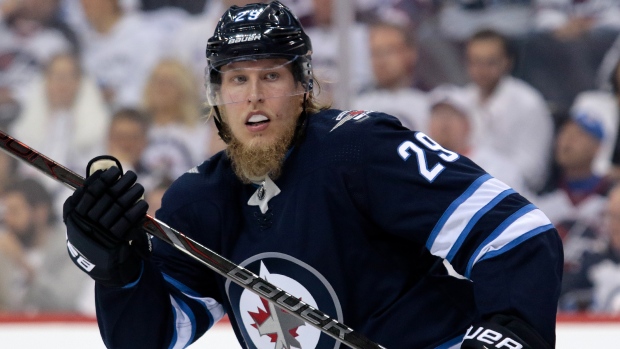 Winnipeg Jets winger Patrik Laine was not on the ice for Thursday's pregame skate after being labelled as doubtful to face the Ottawa Senators by head coach Paul Maurice on Wednesday.

Laine skated on his own for roughly 10 minutes before Wednesday's optional skate, but did not participate in the group session. He appears set to miss a third straight game on Thursday.

Patrik Laine is not on the ice for the morning skate. #jets. pic.twitter.com/jZ9OqUVFP5

“We just wanted to check his movement on the ice," Maurice said Wednesday after Laine's brief skate. "I'm going to list him as doubtful. We'll leave the door open tomorrow if he comes in and feels strong in the morning skate, but based on where he's at today, I think 'doubtful' is the proper place to put him."

Laine has been dealing with an upper-body injury since posting two goals and an assist in the team's opener last week.

The Jets (2-1) will face the Senators again on Thursday after picking up 4-3 overtime win against them on Tuesday.