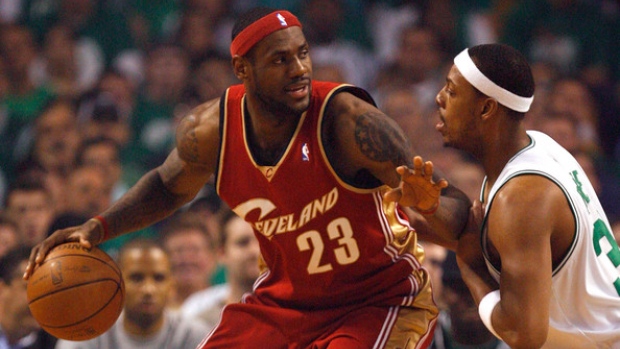 Former NBA star Paul Pierce doesn’t think LeBron James is one of the top five best players to ever play in the NBA.

Appearing on ESPN recently, Pierce, who is now an analyst for the network, left James off his list of top five players in favor of Michael Jordan, Kareem Abdul-Jabbar, Bill Russell, Magic Johnson and the late Kobe Bryant.

Pierce credits the players in his top five, for in his opinion, helping to build up their respective teams from where they previously were, or for continuing to carry out a tradition of winning that preceded them. The former Boston Celtics great said James hasn’t done either of these things.

"We haven’t seen that from LeBron [James], Pierce said." "He went and put together a team in Miami. He came back to Cleveland [Cavaliers] to put that team together. And then he went to the Lakers, where a tradition has already been made, and that’s still to be continued. So in saying that, that’s my argument."

Before the NBA suspended its season due to the coronavirus pandemic, James was widely considered to be among the leading candidates to win the MVP award. The 17-year veteran has won the award four times in his career.

Pierce played 19 seasons in the NBA, 15 of which were spent with the Celtics. He was named an all-star 10 times in his career.