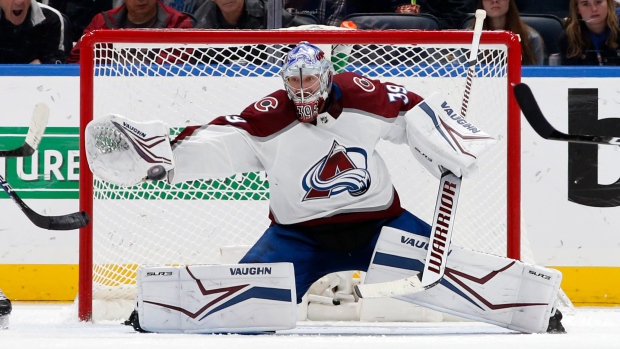 The Colorado Avalanche have signed goaltender Pavel Francouz to a two-year, $2 million deal, according to TSN Hockey Insider Pierre LeBrun.

The team announced the deal Saturday but did not provide salary terms.

"Pavel is an important component to our goaltending tandem and someone we have full trust in to be a key piece of our team going forward," said Avalanche executive vice president and general manager Joe Sakic in a news release. "He has showed tremendous perseverance and dedication in overcoming the challenges and injuries he has faced."

This is the Czechia native's third season with the Avs after making his NHL debut during the 2018-19 season.