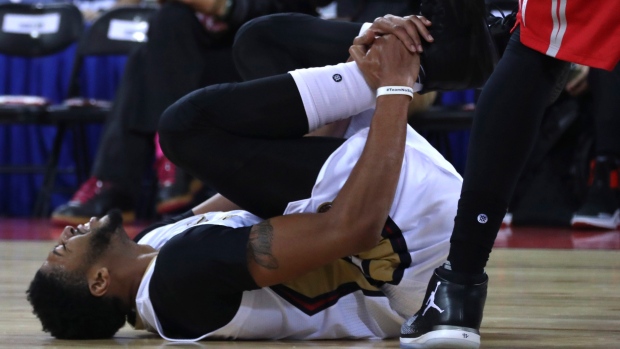 Davis fell to the court in the first quarter of Wednesday's game in Beijing, the last of the NBA's two exhibitions in China. He re-entered the game briefly but soon walked to the locker room. He did not return.

Davis, the first overall pick of the 2012 NBA Draft, is a three-time All-Star who averaged 24.3 points and 10.3 rebounds per game last season.

Pelicans guard E'Twaun Moore also left the game in the first half with a right heel contusion and did not return.