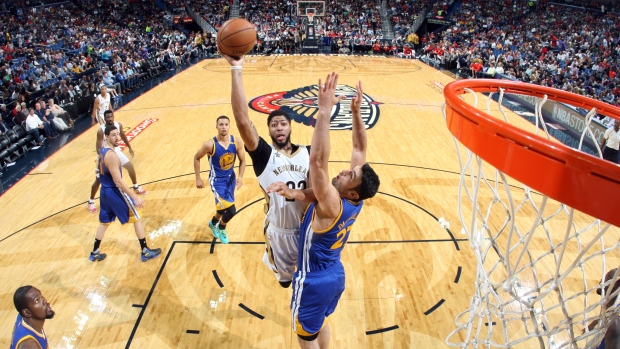 MIAMI — New Orleans star Anthony Davis is the first player in three decades to open a season with back-to-back games of at least 40 points.

Davis had 50 points on Wednesday against Denver, and followed that up with 45 more on Friday against Golden State — with the Pelicans losing both of those games.

The previous player to score at least 40 points in his team's first two games was Michael Jordan, in 1986-87. Jordan had a combined 91 points in those games.

No player since 1962 has scored at least 40 in his team's first three games. Wilt Chamberlain did it then, averaging 54.3 points and scoring between 44 and 72 points in each of those games.

Davis and New Orleans are playing at San Antonio on Saturday night.