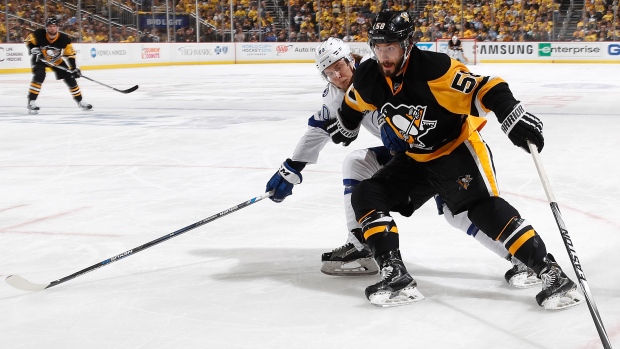 The Pittsburgh Penguins have placed defencemen Kris Letang on injured reserve with an undisclosed lower-body injury.

The team recalled defenceman Chad Ruhwedel from Wilkes-Barre/Scranton of the American Hockey League.

Head coach Mike Sullivan said Letang was expected to miss a couple of weeks after playing more than 26 minutes in an overtime win over the Boston Bruins on Wednesday.

"It won't be easy [to replace Letang]," Sullivan told reports Thursday. "It will be by committee. We think we have capable people and we'll sort it out. But certainly, he's a tough guy to replace."

Letang leads the Penguins with an average ice time of 26:04 per night. He has also tallied two goals and 19 points in 25 games this season.