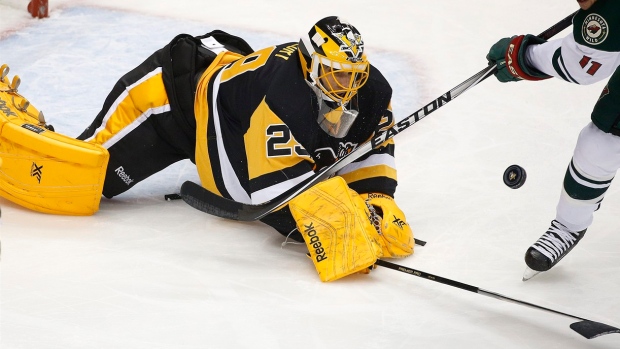 Pittsburgh Penguins goaltender Marc-Andre Fleury has suffered his second concussion of the season.

The Penguins announced the injury update on Saturday, when Fleury did not join the team on their trip to New York to face the Islanders.

Coach Mike Sullivan said before the game that Fleury was not feeling well Friday and was sent to see team doctors. The coach said the concussion diagnosis came that afternoon. This is Fleury's second concussion this season. He missed eight games in December with post-concussion symptoms.

The 31-year-old stopped 22 of 24 shots against the Nashville Predators in a 5-2 win on Thursday night.

Matt Murray will start for the Penguins on Saturday, while Jeff Zatkoff will fill the backup role.