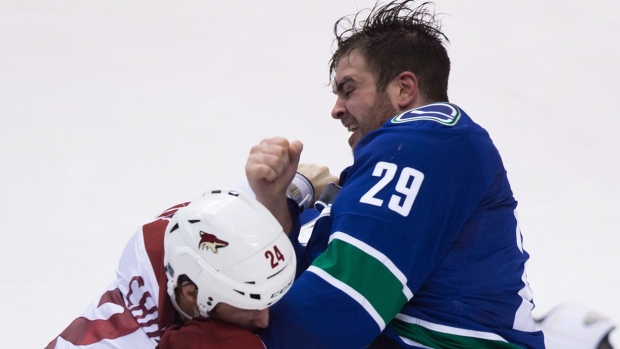 The 27-year-old played three games with the Vancouver Canucks last season, recording one assist. He has 10 goals and eight assists as well as 432 penalty minutes over 137 career games with the Columbus Blue Jackets, Philadelphia Flyers and Canucks.

Sestito was selected in the third round, 85th overall, in 2006 NHL Draft by the Blue Jackets.