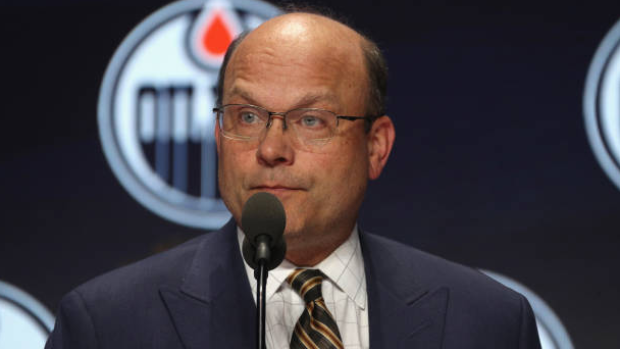 The St. Louis Blues announced Wednesday that the team has named Peter Chiarelli vice president of hockey operations, while Ken Hitchcock will rejoin the team as coaching consultant.

Chiarelli, 57, began his executive career with the Ottawa Senators after the team hired him as assistant general manager in 1999. Following his stint with the Senators, the Nepean, Ontario, native was named general manager of the Boston Bruins in 2006.

During his tenure (2006-2015), the Bruins posted the seventh-best regular-season record in the NHL (386-233-85) and earned the 2014 Presidents’ Trophy. The team also qualified for the postseason seven times, made two trips to the Conference Semi-Finals and two trips to the Stanley Cup Final, capturing the 2011 Stanley Cup. In 2015, Chiarelli was named general manager and president of hockey operations of the Edmonton Oilers. Over almost four seasons, he led the Oilers to a 137-133-26 regular-season record and to an appearance in the second round of the 2017 Stanley Cup Playoffs.

Hitchcock, 69, previously served as Blues head coach from 2011-2017. Under Hitchcock, the Blues posted a 248-124-41 regular-season record and qualified for the postseason in each of his six seasons. He served as a head coach in 22 NHL seasons, including stints with Dallas, Philadelphia, Columbus, St. Louis and Edmonton.