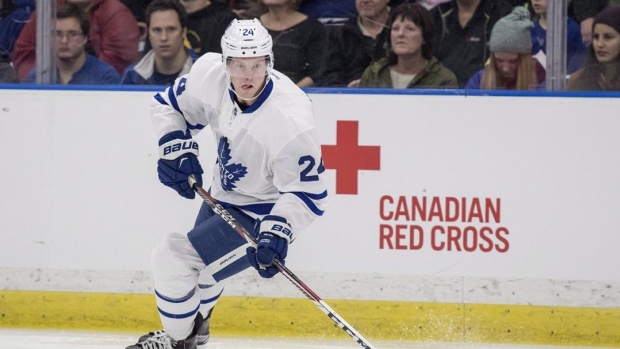 Peter Holland announced his retirement from hockey on Wednesday on social media.

A native of Toronto, Holland played 266 NHL games over seven seasons with the Anaheim Ducks, Toronto Maple Leafs, Arizona Coyotes and New York Rangers after being taken with the 15th overall selection of the 2009 NHL Entry Draft out of the Ontario Hockey League's Guelph Storm.

I have decided to step away from the game of hockey. It feels weird to say retire, but I guess that’s what it is.

I’m not sure if a Twitter thread is an appropriate forum to announce this but when you were a bubble guy, there’s no press conference, banner

Holland, 31, last played in the NHL during the 2017-2018 season. He relocated to Europe for 2019-2020, spending two seasons with the Kontinental Hockey League's Yakaterinburg Automobilist and Swedish Hockey League's Djurgardens IF.

Holland notes that his enjoyment of the game lessened upon the Dec. 2016 trade from the Leafs to the Coyotes.

I got to play for “my” team too? There’s some things in this world which you just can’t explain.

And now it’s time to move on to the next chapter; where I can put my education, zest for knowledge, and passion towards a new endeavour - closer to family.

"Admittedly, my passion for the game really fell off a cliff the moment I was traded out of Toronto," Holland wrote. "I could never rekindle that spark I had when wearing a Leaf jersey. It was like my hockey path was always destined to allow me to wear my boyhood colours; the blue and white. And wow, am I ever blessed to have gotten that opportunity. Once that was over, it was as though I had accomplished the pinnacle of all my hopes and dreams. Did I dream of hoisting a Stanley Cup?  Heck yeah! But as a boy - to even make it to the NHL was a long shot. So what are the odds I got to play for “my” team too? There’s some things in this world which you just can’t explain."

For his career, Holland scored 36 goals and added 49 assists.