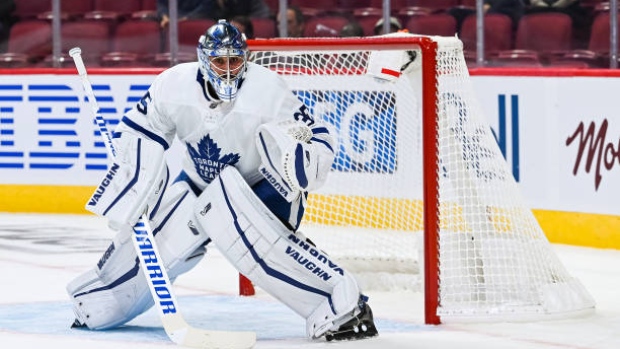 The team placed the goaltender, who is in his first season with the Leafs, on injured reserve Sunday.

Mrazek originally injured his groin during a 3-2 loss to the Ottawa Senators on Oct. 14 and had a setback earlier this week.

Maple Leafs goaltender Petr Mrázek has been placed on injured reserve due to a groin injury, retroactive to November 4.

He is expected to miss approximately four weeks.