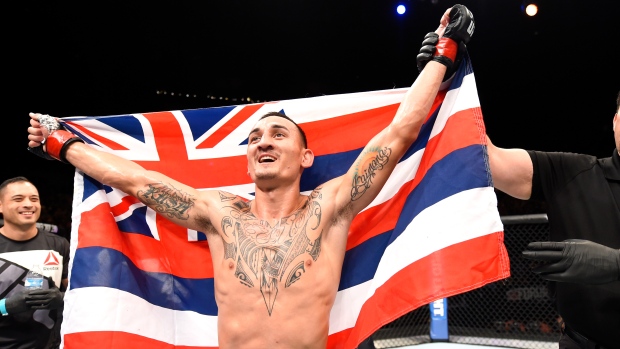 Two more fights have been added to the UFC 206 card as Anthony Pettis (19-5) will face Max Holloway (16-3) in a featherweight bout and Canadian Mitch Gagnon (12-3) will fight Matthew Lopez (8-1) in a bantamweight bout, the promotion confirmed to TSN on Wednesday.

Pettis, a former UFC lightweight champion, made a successful debut in the featherweight class with a submission victory over Charles Oliveira in Vancouver on August 27th.

The 29-year-old will not have an easy time continuing his climb to say the least as he will be up against Max Holloway, who is currently riding an impressive nine-fight winning streak and is the third ranked fighter in the featherweight division.

Holloway has not dropped a fight since 2013 and is coming in off a unanimous decision victory over Ricardo Lamas at UFC 199.

The 24-year old has earned two performance of the night and one knockout of the night bonus during his three-year winning run.

It has been a long, hard road back for Canadian Gagnon, who has not been in the Octagon since suffering a submission loss to Renan Barao in December of 2014.

He also tore his ACL during the fight and was forced to the sidelines with surgery.  A meniscus tear during recovery further hampered his return.

The Canadian was on a three fight winning streak when he suffered the loss and injury in the bout with Barao.

He will be defending home turf against American Matthew Lopez who will enter the fight off his only professional loss, a submission setback to Rani Yahya in his UFC debut.

Canadian Valerie Letourneau will also have a new opponent as Poliana Botelho has also been forced off the card and will be replaced by Viviane Pereira in the strawweight bout.

UFC 206 will be held at the Air Canada Centre in Toronto on December 10th and is headlined by a light heavyweight title bout between Daniel Cormier and Anthony Johnson.