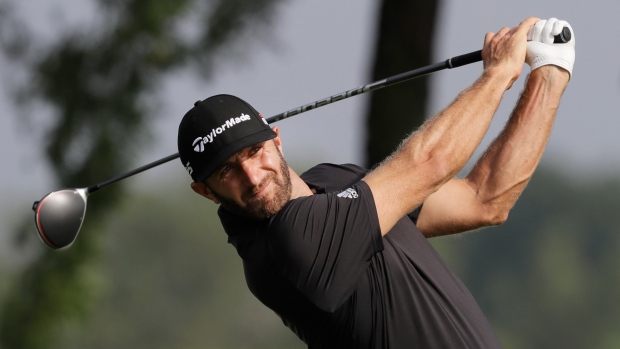 Multiple levels of screening, on-course social distancing and limited off-course movement will be in place when the PGA Tour returns to play on June 11 in Fort Worth, Texas, according to a document sent to players, caddies and other officials on Tuesday.

Titled ‘Return To Golf Events,’ the 37-page article outlines the procedures that will be in place to ensure a safe environment for the tour’s re-start at the Charles Schwab Challenge. The stipulations are detailed and cover everything from the time of a player’s arrival until his departure.

Testing for COVID-19 will be at the forefront of the tour’s operation and it includes three different methods: a questionnaire, thermal reading and a nasal swab or saliva test. Players and caddies will be required to undergo a test prior to travelling to the tournament, undergo all three levels when they arrive and then have daily questionnaire and thermal tests.

The tour said it will work with local laboratories to get test results but stated it will not take away from resources needed in the community.

A player or caddie who tests positive will “be immediately isolated in a designated location either off-site or on-site, consulted by a physician and directed to medical care if necessary,” the document states.

Anyone testing positive will no longer be able to participate in the competition.

- Caddies will be allowed to touch bunker rakes and pins but will clean them after each use;

- Players are encouraged to remove and replace the clubs from the bag, take the ball out of the hole and get new balls, tees or other items from the golf bag;

- Players and caddies are expected to make every effort to social distance during the round;

- Ranges will be set up to allow proper distancing and may be limited in terms of numbers at any given time;

- Players will be encouraged to use hand sanitizer, which will be available on tees and greens and they will be allowed to wear masks should they so desire.

There will be no pro-ams, scaled down food service, limited locker room availability and possibly no courtesy cars. The tour is also trying to set up one hotel location for all players, caddies and staff to create a controlled environment that will limit outside interaction. And it will offer a charter flight to the following week’s tournament site, at a cost of $600 per seat.

The tour is hoping it can set an example for other sports leagues as it becomes one of the first to resume play. All of this will be done without any fans at the first four stops. It’s estimated that approximately 1,100 people, including golfers, will be on site for the operation of the tournament.

Clearly the organization is still treading cautiously. At the start of the text, it states,  “we will not play if we do not feel we can provide a safe and healthy environment for all constituents involved.”

For now, however, it seems it plans to proceed with a return to tournament play.