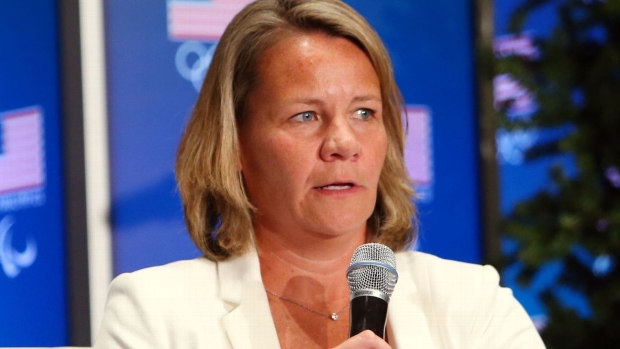 The former USA Hockey’s Director of Women’s Hockey will succeed Tyler Tumminia,  current commissioner, who resigned and the end of the 2021-2022 season after one season in the role. During her time with USA Hockey, Carey was also the general manager of the program's women's team, including the senior national women's team who won Gold in 2018 at the Olympics in Pyeongchang.

The PHF today announced that Reagan Carey has been appointed the league’s next commissioner, bringing over twenty years of leadership in the sports industry to the role including unparalleled experience in women’s hockey.

“Throughout my career, I have been fortunate and honored to have played a part in growing and improving the landscape of women’s hockey at all levels,” said Carey. “I continue to be energized and committed to moving the needle in the right direction and will be dedicated to the work required to build trust and elevate the PHF into a beacon for professional women’s hockey. I’m excited for the opportunity to continue making history with a relentless pursuit of success on all fronts. Through our work we will aim to honor past pioneers of our sport, and inspire young girls to see a vibrant future in the game by ensuring that athletes who want to train and compete at the highest professional levels will always have a home at the PHF.

Susie Piotrkowski, head of women’s team sports at Octagon sports agency, is a PHF partner and was on the committee tasked with filling the vacant role. When asked about how they came to this decision she had this to say,

“When aligning with the PHF, hiring the right fit for the long-term growth of the league was imperative. Having met with several incredible candidates alongside the search committee, Reagan Carey differentiated herself not only as a result of her hockey experience but through her deep understanding of the women’s sports landscape. Her approach to relationship building, attention to detail and human first leadership will ensure the best interest of the women in this league today and moving forward.”

Carey is the third person to step in the role of commissioner for the league since it was founded in 2015, originally as the National Women’s Hockey League. While she serves as interim commissioner for the time being, she will officially begin her term as commissioner of the Premier Hockey Federation on May 10th 2022.