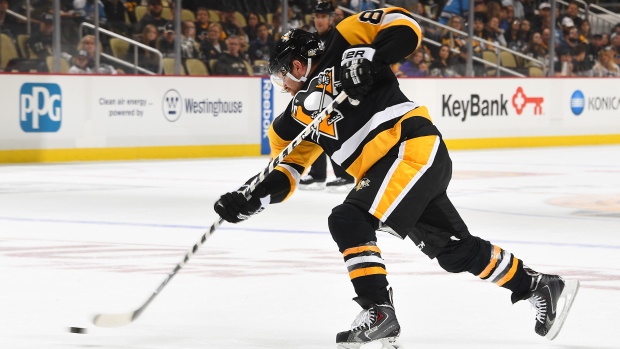 Phil Kessel has set his goal for the Arizona Coyotes this season.

The two-time Stanley Cup champion said Tuesday his aim is to lead the Coyotes back into the playoffs for the first time since 2012.

Kessel was traded by the Pittsburgh Penguins in June along with Dane Birks and a fourth-round pick for Alex Galchenyuk and Pierre-Olivier Joseph. The move came after several weeks of speculation, which included Kessel refusing to waive his no-trade clause to join the Minnesota Wild.

"My time in Pittsburgh was coming to an end, and I felt that. … (Now), this team is starting to gel (under head coach Rick Tocchet)," Kessel said of joining the Coyotes. "They've gotten faster; they play a good two-way game. I think I can help more on the offensive end, in tight games. If you need a goal here or there or on the power play, hopefully I can get one."

"Phil's a guy that's been playing the big games and he's played on the big stage. A big part of us acquiring him was knowing we're getting that guy and those big moments," Chayka said. "He's had a lot of success. We're trying to embrace those expectations and some of that buzz.

"Talking to him, he's very motivated and he wants to show people that he's here to win."