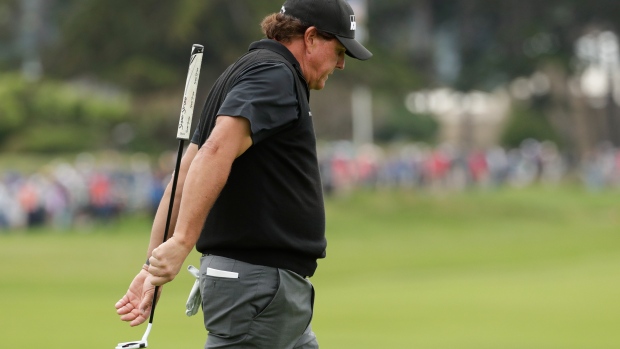 But this week, at the CJ Cup in South Korea, the left-handed legend faces the real possibility of slipping outside that mark.

To put this remarkable run into perspective, Mickelson has been inside the top 50 since Corey Conners was one-year-old. Conners is 69th in the world and is one of the players who could help push Mickelson out of the top 50 as part of a complicated tangle of events that would need to transpire this week.

Mickelson was ranked as high as 17th earlier this year after winning the AT&T Pebble Beach Pro-Am in February. But his play for the rest of the 2018-19 schedule was lacking. He had just a single finish inside the top 20, that coming at the Masters, and missed the cut seven times.

The top-50 streak is also not the only record Mickelson is trying to extend. On Nov. 4, Tiger Woods will name his four captain’s picks for the American Presidents Cup team that currently doesn’t include Mickelson. Lefty has played on the U.S. Ryder and Presidents Cup squads for the last 24 editions. On 20 occasions he made the teams on points, and four other times he was selected by the captain.

Mickelson will need to show Woods that he deserves a spot and so far, he hasn’t been that impressive. In two starts in the new season, he has a missed cut and a 61st-place finish.

In addition to this week’s stop in South Korea, the five-time major winner is expected to play the HSBC Champions in Shanghai, China, the last event before Woods announces his picks.

That’s an unusually busy schedule for Mickelson, who usually makes no more than two starts in the fall season. It’s more than likely due to his desire to play for the American team in Australia in December.

Mickelson has gone to great efforts to get his game back on track, including a significant weight loss. While he hasn’t stated the exact number of pounds he’s dropped, it would appear to be in the range of 25 to 30. He’s hoping that might help his game, but so far all it has done is alter his pant size.

The winner of 44 PGA Tour events is racing against time. He turns 50 in June and while he hasn’t lost any distance off the tee and still can find touch around the greens, his consistency has waned.

Whether he can find that in time to maintain his world ranking and grab a spot on the Presidents Cup team will come over the next few weeks.