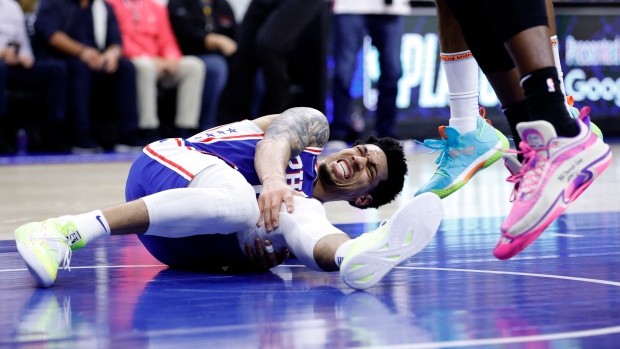 It was a painful Thursday night for Danny Green.

Not only were his Philadelphia 76ers eliminated from the playoffs by the Miami Heat, The Athletic's Shams Charania reports the veteran sharpshooter incurred an ACL tear.

76ers guard Danny Green has been diagnosed with a torn ACL, sources tell @TheAthletic @Stadium. Brutal outcome for Green, who turns 35 in June and now faces a long rehab.

The injury occurred early in the first quarter of Thursday's Game 6 when teammate Joel Embiid fell on Green after coming down from a layup attempt. The Long Island native immediately left the game and did not return.

Green has one year remaining on a two-year, $20 million deal signed last offseason.