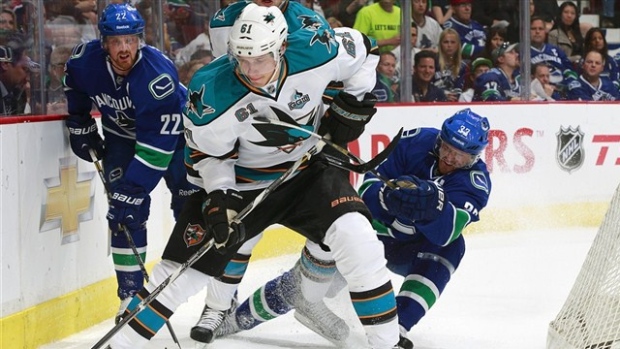 The Philadelphia Flyers have acquired defenceman Justin Braun from the San Jose Sharks for a second-round pick in this week's draft and a third-round selection in 2020.

Braun, 32, had two goals and 16 points in 78 games with the Sharks this season while averaging 20:18 of ice time per game. He added one assist while appearing in all 20 of the Sharks playoff games en route to reaching the Western Conference Final.

"We are excited to add Justin to our group of defencemen," Flyers general manager Chuck Fletcher said in a release. "He is a high character, quality defender who will bring a steadying presence to our team."

Aside from the cap relief, two other things to consider in dealing Braun: I don't think SJ felt it could afford to extend him; and even if they did find a way, he likely is left exposed ahead of the Seattle expansion draft next year.... so this made sense for SJ for a few reasons

The Sharks, who did not retain salary in the deal, were in need of cap space after signing Erik Karlsson to a deal worth $11.5 annually on Monday. The team now has $66.66 million committed in salary for next season with Joe Pavelski, Joe Thornton and Gustav Nyquist all slated to hit unrestricted free agency.