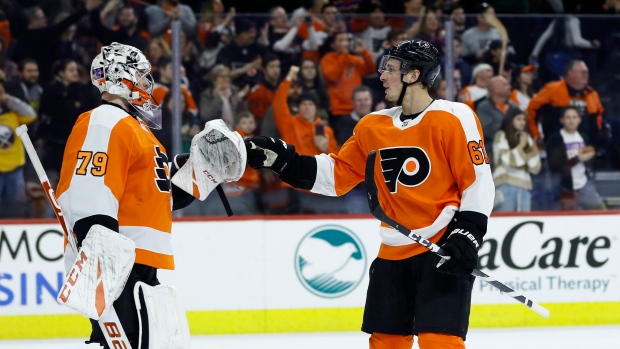 Braun's new deal carries an annual average value of $1.8 million. The 33-year-old had three goals and 19 points in 62 games this past season, averaging 17:16 of ice time. He added two assists in 16 games during the Return to Play.

Braun was acquired by the Flyers last June from the San Jose Sharks in exchange for second- and third-round picks in the 2019 NHL Draft.

TSN Hockey Insider Pierre LeBrun reported earlier on Monday that Niskanen was leaning towards retirement this off-season and had let his teammates know he did not intend to return the Flyers for the final year of his contract.

The 33-year-old was signed through next season at a $5.75 million cap hit. His contract would not count against the salary cap for the Flyers if he were to file retirement papers.

Flyers, I believe, spoke with Niskanen again today to make sure he was definite in his decision. Which it looks like he is. Niskanen has also let his teammates know.

Niskanen had eight goals and 33 points in 68 games this season. He added one goal and one assist in 15 games during the Return to Play.

A veteran of 949 games, Niskanen has recorded 72 goals and 356 points over the course of his career with the Flyers, Washington Capitals, Pittsburgh Penguins and Dallas Stars.