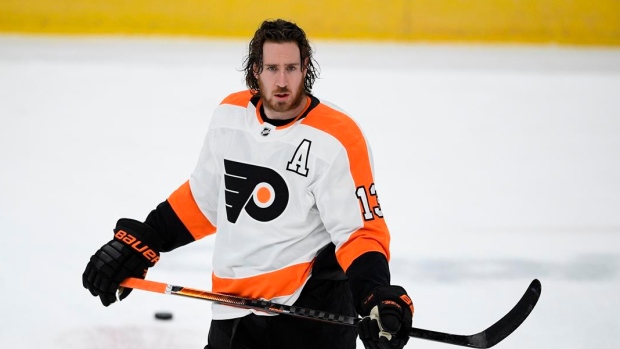 Philadelphia Flyers forward Kevin Hayes has suffered a re-injury and will be sidelined week-to-week, according to head coach Alain Vigneault.

Injury update: Per AV, Flyers forward Kevin Hayes suffered a re-injury vs. Calgary on Nov. 16 and is considered week-to-week.

In September, Hayes had abdominal surgery and returned to Philadelphia's lineup on Nov. 13 against the Dallas Stars.

Over two games this season, the 29-year-old has one goal and one assist.

The American has 128 goals and 174 assists over 507 career games with the New York Rangers, Winnipeg Jets and Flyers.