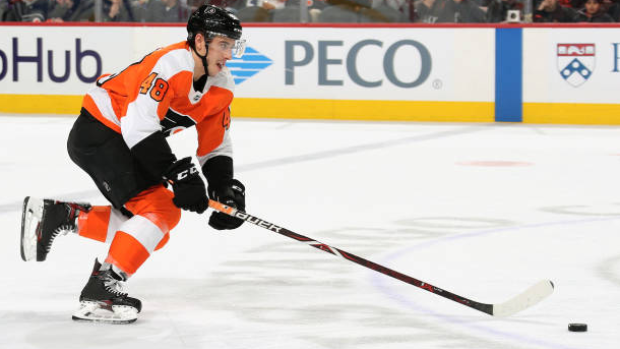 The injuries are piling up for the Philadelphia Flyers.

The team announced Thursday that forward Morgan Frost is out indefinitely after suffering a dislocated left shoulder, while defenceman Philippe Myers is considered week-to-week after suffering a fractured rib.

Both players were injured in the team's 3-0 win over the Buffalo Sabres on Tuesday, with Frost logging 8:18 of ice time and Myers limited to 6:04.

Morgan Frost suffered a dislocated left shoulder and is out indefinitely. He has been placed on IR. We will provide further details about his return to play timeline in the near future.

Philippe Myers suffered a fractured rib and is considered week-to-week.

The Flyers lost centre Sean Couturier for at least two weeks due a Costochondral separation last week and are currently without defenceman Shayne Gostisbehere, who is on the NHL's COVID-19 list.

Frost, 21, is without a point in two games this season. The 2017 first-round pick has five goals and seven points in 22 career games with the Flyers.

Myers, 23, is without a point in four games this season. Undrafted to begin his career, he has five goals and 18 points in 75 career games with the team.