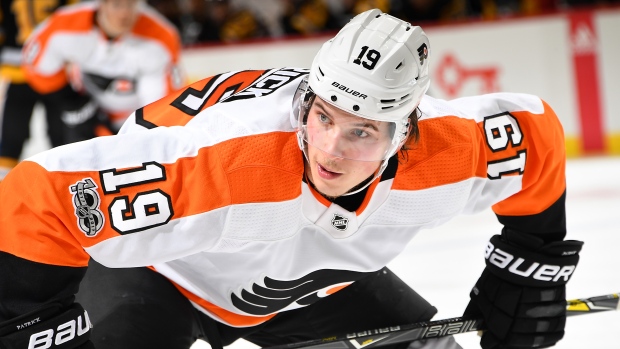 Philadelphia Flyers forward Nolan Patrick said Tuesday he remains without a timeline for his season debut despite returning to the ice last week.

Patrick skated again Tuesday in a non-contact session with Chris Stewart, Robert Hagg and the Flyers' goaltenders. He told Dave Issac of the Courier-Post that he expects to play this season and his next step will be to join the team for practice.

Nolan Patrick says he expects to play this season but timeline is still up in the air. Next step is to practice with the team.

The 2017 second-overall pick has been sidelined since Sept. 26, when he was diagnosed with a migraine disorder.