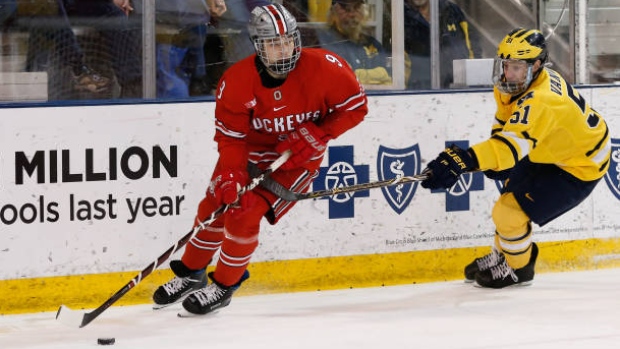 The Philadelphia Flyers have signed forward Tanner Laczynski to a two-year, entry-level contract.

#Flyers announce they've signed Tanner Laczynski to a two-year, entry-level deal. He was a 6th round pick in 2016 whose shown impressive growth at Ohio State. He was due to be a free agent in August.

A sixth-round pick (169th overall) of the Flyers at the 2016 NHL Draft, Laczynski spent the last four seasons at Ohio State University. The 22-year-old recorded 143 points with 48 goals and 95 assists in 138 career NCAA games.

He won a gold medal with Team USA at the 2017 World Junior Championships, appearing in all seven games and recording two points.

"Tanner has completed an excellent college career at Ohio State University and we are very excited to have him under contract," said Flyers vice president and assistant general manager, Brent Flahr. "He plays a mature two-way game, he's a proven leader, and we see him as a versatile forward for the Flyers organization going forward."