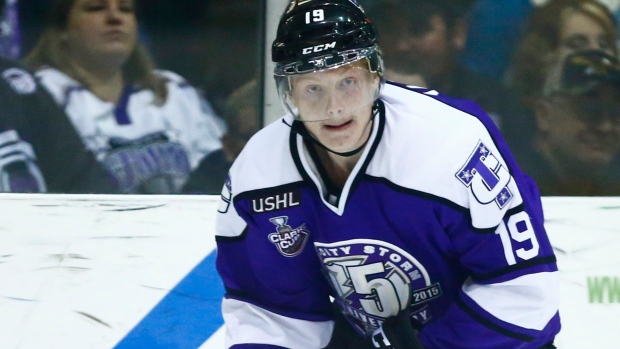 The Philadelphia Flyers announced Friday evening that they have signed winger Wade Allison to an entry-level contract.

DONE DEAL: We have signed winger @wadeallison11
to an entry-level contract. Allison was selected in the second-round pick (52nd overall) of the 2016 NHL Draft and has spent the last four seasons with @WesternMichU. https://t.co/NoR0cJzUGP

Allison was selected in the second round of the 2016 NHL Draft (No. 52 overall) and has spent the last four seasons at the University of Western Michigan.

He is now the seventh player out of 10 to be selected in the 2016 draft and be under contract with the club.