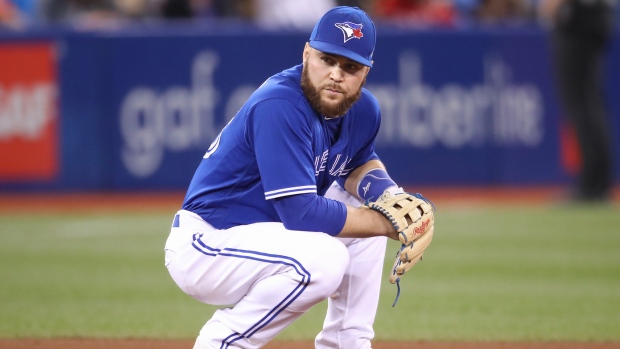 When the Toronto Blue Jays traded Russell Martin and cash to the Los Angeles Dodgers on Jan. 11 for two prospects, the last player in the Jays’ Sports Illustrated cover photo from October 2015 was gone from the organization.

That cover featured the six players that made up the Jays’ core and then-manager John Gibbons. Pitcher David Price left as a free agent in 2016, while Edwin Encarnacion departed in 2017. The team declined to sign Jose Bautista in 2018. In August, Josh Donaldson was traded to the Cleveland Indians. Gibbons was fired at the end of the 2018 season, while Troy Tulowitzki was released in December. The Martin trade was the final piece moved from the Jays’ core that delivered exciting playoff runs in 2015 and 2016.

In 2018, the Jays missed the playoffs for the second year in a row. Tulowitzki, 34, missed the entire 2018 season and only played 66 games in 2017. Martin appeared in 90 games last season for the Jays, finishing with 10 home runs and 25 RBIs in one of the worst offensive seasons of his career. He also posted a .194 batting average with a .338 on-base percentage.

Moving out their aging veterans on expensive deals opens up playing time for the Jays’ younger players, but the team lost Tulowitzki for nothing, while the return for Martin only brought back two prospects.

Tulowitzki has since signed a one-year contract with the New York Yankees for the league-minimum salary. In an interview this morning on TSN Radio 1050 Toronto, TSN Baseball Insider Steve Phillips has his doubts that Tulowitzki can be the player he once was.

“I think it’s the old country song, not as good as I once was but I’m as good once as I ever was,” said Phillips. “Tulo will go to a workout and look good at the workout, but how does he feel the next day? And can he do it, 162 games in 187 days, how does his body hold up to that? That’s going to be the real question and I have some doubts about it.”

In the Martin trade, the Jays saved some money on their payroll, but the two players in the return are considered to be C-level prospects.

“The Dodgers got themselves backed into sort of in a desperate situation when they lost (Yasmani) Grandal and didn’t have any other catchers other than Austin Barnes so they make the deal,” said Phillips. “The Jays moved out around $3.4 million off the books – better than nothing. They effectively gave him away. The prospects in return were, you know, you need to get prospects in return to make it look like a trade instead of somebody just taking your money.”

“All the moves they are making are to put themselves in the position to be this young rebuilding team with a different sort of culture with nothing from the past really still there, mostly just gritty young guys going out there trying to play,” added Phillips.