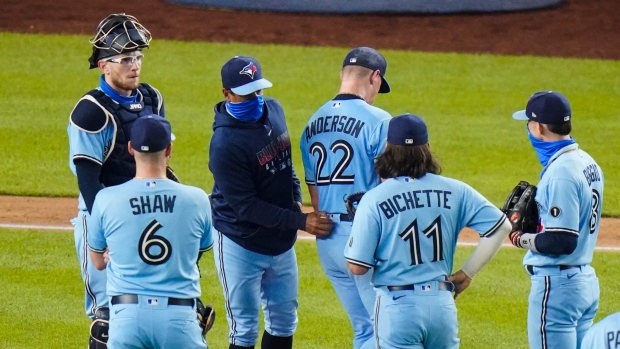 Major League Baseball announced plans for its 16-team postseason this week. As expected, there is a bubble plan in place to reduce travel while isolating the players as much as possible to protect against an outbreak of the coronavirus.

The plan calls for games to be played at neutral sites after the first round. The wild-card round is a best-of-three series that is to be played in the home ballparks of the higher seeds. The winners of those series will then proceed to their respective bubbles.

The American League Championship Series will be played in San Diego, with the winner going to Globe Life Field in Arlington, Texas to represent the AL in the World Series.

This year’s playoffs will be much different than previous years in that there will be no off-days during the Division Series and League Championship Series. There would normally be travel days built into the schedule as the clubs change sites for the games. There is one off-day built into the schedule after each series is completed, allowing teams to travel to the next bubble if necessary.

The fact that there will be no off-days during a series will dramatically change the way managers utilize their pitching staffs.

In the past, managers have been able to maximize innings for their best pitchers because of the built-in rest the schedule allowed. Now each team will need to use at least four different starting pitchers, and managers won’t be able to use their best relievers in every game of the series.

This format significantly benefits teams with the deepest and most impactful starting rotations. The better the starting pitching performs, the less a manager will have to overuse his bullpen. Teams like Cleveland (19 wins), Athletics (20), Twins (19) and White Sox (18) all have excellent depth in their rotations.

The Blue Jays do not have such a rotation. They have just eight of their 26 wins from their starters, which is tied for the fewest in the American League. Plus, the Jays have the worst starters’ ERA among the eight likely AL playoff qualifiers.

Although the Blue Jays rotation isn’t nearly as impactful as others, their bullpen has been excellent when they needed to be. They have 18 wins from the relievers, which is the second most in the league.

The challenge for Jays manager Charlie Montoyo is that he can’t use his best relievers every day in the playoffs. He’s going to have to use his entire pitching staff if the Jays are going to advance in the postseason. They can win this way, but it is a narrower path. 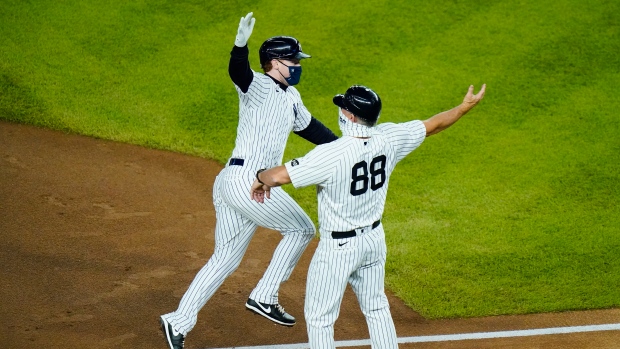 All clubs have suffered injuries during this shortened season. Some have certainly suffered more than others.

The Yankees, for example, at one point had the second, third and fourth hitters in their lineup on the injured list, along with their No. 3 and No. 4 starters and three key relievers. The Tampa Bay Rays have had 13 different pitchers miss time due to injuries.

The Jays are no different as they have lost some keys pieces at inopportune times. Bo Bichette (knee) and Teoscar Hernandez (oblique) were injured when they were playing their best baseball of the season. The Jays had an unproven bullpen when their closer Ken Giles went on the injured list early in the season.

But the sign of a good team and a competitive organization is one that has the depth to overcome adversity. Other players have taken advantage of their opportunities.

Another important factor is timing. Teams that overcome injuries have the good fortune of having players get hot at the right times. When one player starts to struggle or is injured, another player comes up with big hits or has a couple of great starts or relief appearances.

One other thing that I have learned over the years is that sometimes it is not who you play, but when you play them. Fans often look at the schedule and fear an upcoming powerful opponent. But there are times during a season when playing a strong team that is playing poorly is better than playing a poor team that is playing well.

For example, it is hard to believe that the powerful Yankee team that Toronto just played in New York is the same team that they manhandled in Buffalo a week earlier. The Jays saw the Yankees at their worst and best in this contracted season. Timing matters.

Teams like the Blue Jays that win a year earlier than anticipated often have some things go their way. That’s why the Jays have a 26-23 record despite being outscored by 20 runs. They have performed well in close games and are 13-9 in one-run games, which explains their overall record.

Kirk gets a taste of the major leagues 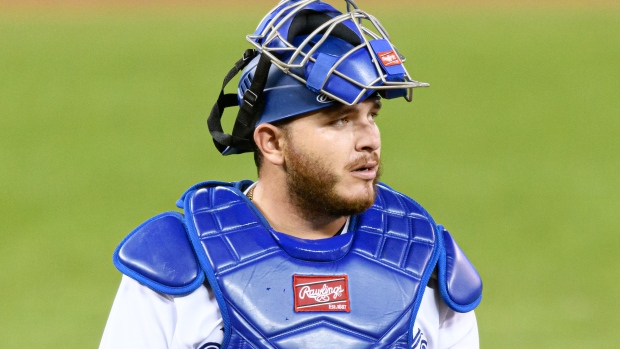 One of the most intriguing young players we have seen for the Jays this year is catcher Alejandro Kirk. Signed out of Mexico a few years ago, he has developed quickly. Amazingly, he hasn’t played above the Class A level in the minor leagues.

Kirk was a non-roster invitee to spring training as the Jays like his abilities and needed plenty of extra catchers to handle the large number of pitchers in camp. They didn’t have any vision of his being in the majors this year. He would have likely spent most, if not all, of the year in Double-A.

But this is 2020 and there is no normalcy to anything. Kirk was brought in as part of the depth they needed to handle the pitchers in summer camp and at the alternate site. But he kept showing improvement with his defence. The stout backstop is already a very good offensive player.

I love that he is getting a taste of the major leagues this year. It will serve as a motivation for him to show him what it takes to handle a staff, prepare for an opponent and continue to work on his pitch calling and receiving. This experience will give him much better awareness about where he is as a player. I am very impressed by his maturity and poise.

The improvement in his defence will be critical as to whether he will be an everyday starting catcher. His body type limits him defensively. He is only a catcher or a designated hitter. If his defence is worthy, he has a chance to be an all-star-calibre player because of his bat.