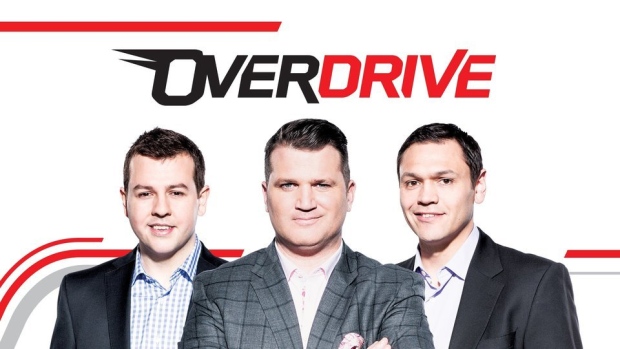 TORONTO (September 21, 2020) – TSN and Pinty’s announced today a new multi-year partnership that makes Pinty’s the new television broadcast presenting sponsor of TSN’s fan-favourite sports talk show, OVERDRIVE. As part of the partnership, Pinty’s will be integrated into the television broadcast of OVERDRIVE PRESENTED BY PINTY’S, airing weekdays from 4-6 p.m. ET on TSN4 and 6-7 p.m. ET on TSN2.

Hosted by Bryan Hayes, Jamie “Noodles” McLennan, and Jeff “O-Dog” O’Neill, OVERDRIVE PRESENTED BY PINTY’S is an afternoon staple for sports fans, offering uniquely entertaining insights into life in the sports world, including interviews with players, coaches, and industry insiders, with a healthy dose of the hosts’ hilarious stories.