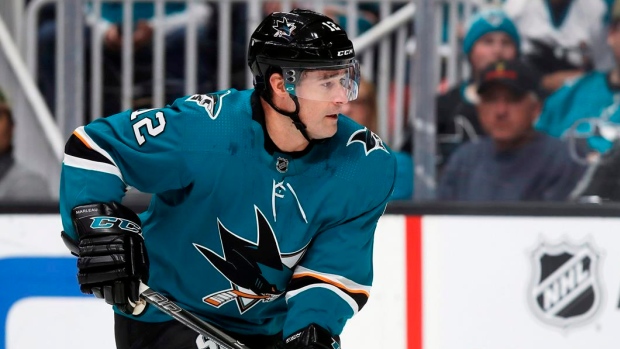 Patrick Marleau is on the move.

According to TSN Hockey Insider Bob McKenzie, the Pittsburgh Penguins are acquiring the veteran forward in exchange for a third-round pick pending a trade call. Pierre LeBrun adds the pick becomes a second-rounder if the Pens win the Stanley Cup.

Later on Monday, the Penguins also added forwards Conor Sheary and Evan Rodrigues from the Buffalo Sabres in exchange for Dominik Kahun.

LeBrun noted Marleau will likely play in a bottom-six role when he joins his new team.

Third-round pick to San Jose. The pick becomes a second-rounder if Pittsburgh wins the Cup. https://t.co/sL6L9r60yG

Prior to his return to the West Coast, the 40-year-old spent two seasons with the Toronto Maple Leafs.

Sheary, who played for the Penguins for three seasons from 2015-16 to 2017-18, has nine goals and 10 assists in 55 games with the Sabres this season. Rodrigues has five goals and four assists in 38 games for the Sabres.

Kahun has 10 goals and 17 assists in 50 games for the Penguins this season.