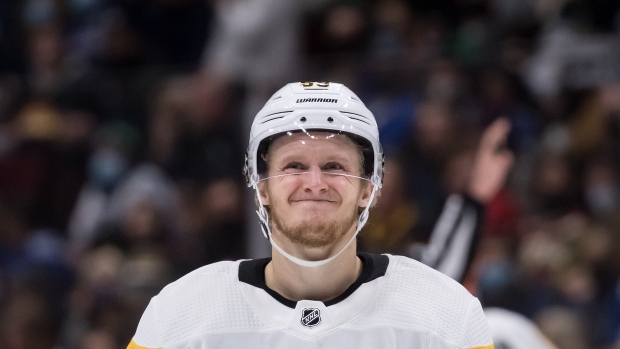 Pittsburgh Penguins forward Jake Guentzel, who is currently on a 13-game point streak, is out week-to-week with an upper-body injury, head coach Mike Sullivan confirmed on Wednesday.

Coach Sullivan on Guentzel's absence from practice: "Jake is going to be week-to-week with an upper-body injury." 😔

Guentzel has been red-hot in the month of December, scoring six goals and two assists over three games. The American scored twice and added an assist in Pittsburgh's 6-1 win over the Seattle Kraken on Monday. He took a puck off his hand during the game, but was able to finish.

The 27-year-old has scored 15 goals and 12 assists over 24 games this season with the Penguins, his sixth with the franchise.