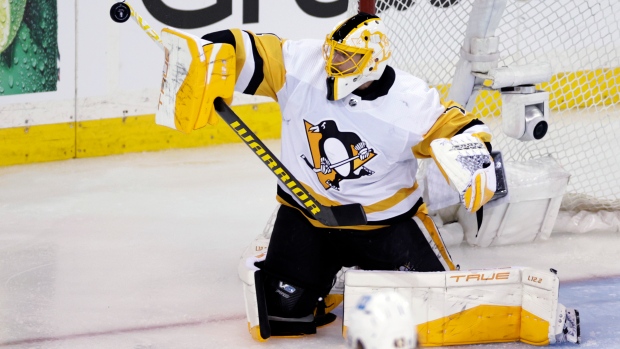 DeSmith left Game 1 of the Penguins' first-round series against the New York Rangers after starting in place of the injured Tristan Jarry. Penguins head coach Mike Sullivan did not have a definitive update on Jarry Friday, stating the goaltender is continuing to rehab.

Coach Sullivan has announced that Casey DeSmith had successful core muscle surgery this morning. He will be unavailable for the remainder of the playoffs.

Louis Domingue replaced DeSmith in double-overtime of Game 1, making 17 saves before Evgeni Malkin scored the game-winner for the Penguins in triple-overtime. He stopped 35 of 40 shots in the Penguins' 5-2 loss in Game 2 Thursday.

Domingue appears set to serve as the Penguins starter until Jarry returns. He went 1-1 in the regular season with the Penguins, posting a .952 save percentage and a 2.02 goals-against average.