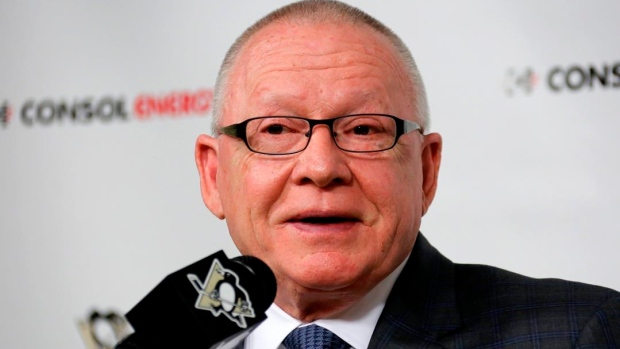 According to TSN Hockey Insider Pierre LeBrun, the Pittsburgh Penguins have given teams around the league permission to talk to Rutherford before his deal expires later this month.

Lebrun adds that he believes that the Hockey Hall of Famer is open to hearing what's out there.

The Penguins, since their season is over, have given teams around the league permission to talk to Jim Rutherford before his deals expires later this month. So the HHOF executive is officially on the free-agent market now. And I think very much open to hearing what's out there.

Sports agency PBI Sports announced last week that it now represents Rutherford, who was inducted into the Hockey Hall of Fame in 2019.

The 72-year-old stepped down as general manager of the Penguins for "personal reasons' in January.

Rutherford joined Pittsburgh in the summer of 2014 and helped the Penguins to consecutive Stanley Cups in 2016 and 2017. He was also general manager of the Carolina Hurricanes when they won their only Stanley Cup in 2006.