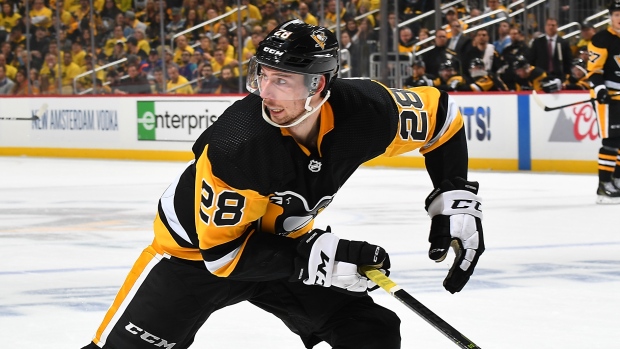 Pettersson will carry a cap hit of $4,025,175 in each year of the new deal, which will kick in next season and run through 2024-25. He was previously scheduled to become a restricted free agent this summer after signing a one-year, $874,125 deal in September.

TSN Hockey Insider Pierre LeBrun reports the deal does not contain any signing bonuses and Pettersson will have a salary of $4.025 million in each year of the contract. The extension also includes a modified no-trade clause in the final two seasons.

Modified No-Trade clause in the final two years of the deal. No signing bonuses. It's a straight cash deal which doesn't fluctuate in salary, it's $4,025.175 a year in salary and cap hit https://t.co/19Jo41wZlT

The 23-year-old has one goal and 15 points in 50 games this season, his second with the Penguins. Pettersson was acquired by Pittsburgh in December 2018 from the Anaheim Ducks and posted two goals and 19 points in 57 games upon joining the team.

"In just over a year, Marcus has had a significant impact on our defensive group," Penguins general manager Jim Rutherford said. "He is young, reliable and smart, which is important in today's game. Marcus is part of our young core and it was important to get him signed long-term."

A second-round draft pick of the Ducks in 2014, Pettersson has four goals and 44 points in 156 career NHL games.