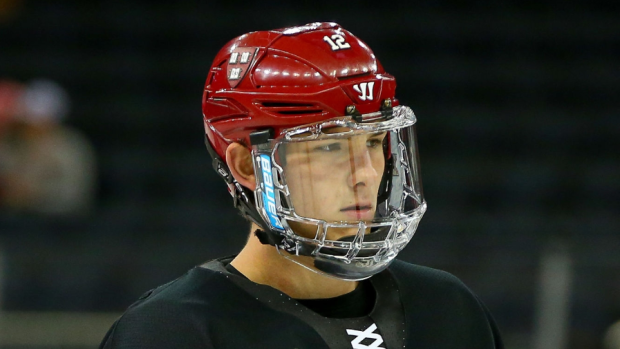 The Pittsburgh Penguins signed defenceman John Marino to a two-year, entry-level contract on Thursday, meaning the Edmonton Oilers will receive the team's sixth-round pick in the 2021 NHL Draft.

Marino was traded to the Penguins last month in exchange for a conditional draft pick sent back to the Oilers. The Oilers would receive the 2021 sixth-round pick if Marino signs in Pittsburgh or if the Penguins traded his rights.

"Adding a young defenceman like John to our organization will be very helpful," Penguins general manager Jim Rutherford said Thursday. "His development was accelerated last year and he became a top-10 defenceman in college hockey, giving himself a chance to play at the NHL level."

Marino, a sixth-round pick of the Oilers in 2015, spent the past three years with Harvard.