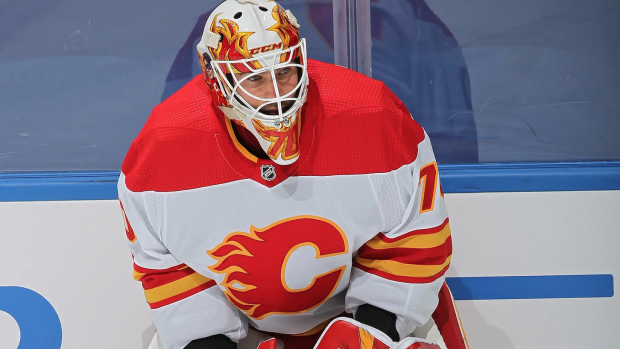 The Pittsburgh Penguins added some veteran depth to their crease on Thursday.

The club signed goaltender Louis Domingue to a one-year, two-way deal that will pay him $700,000 at the NHL level.

A 29-year-old native of Mont-Saint-Hilaire, Que., Dominigue spent last season with the Calgary Flames organization, appearing in one NHL contest.